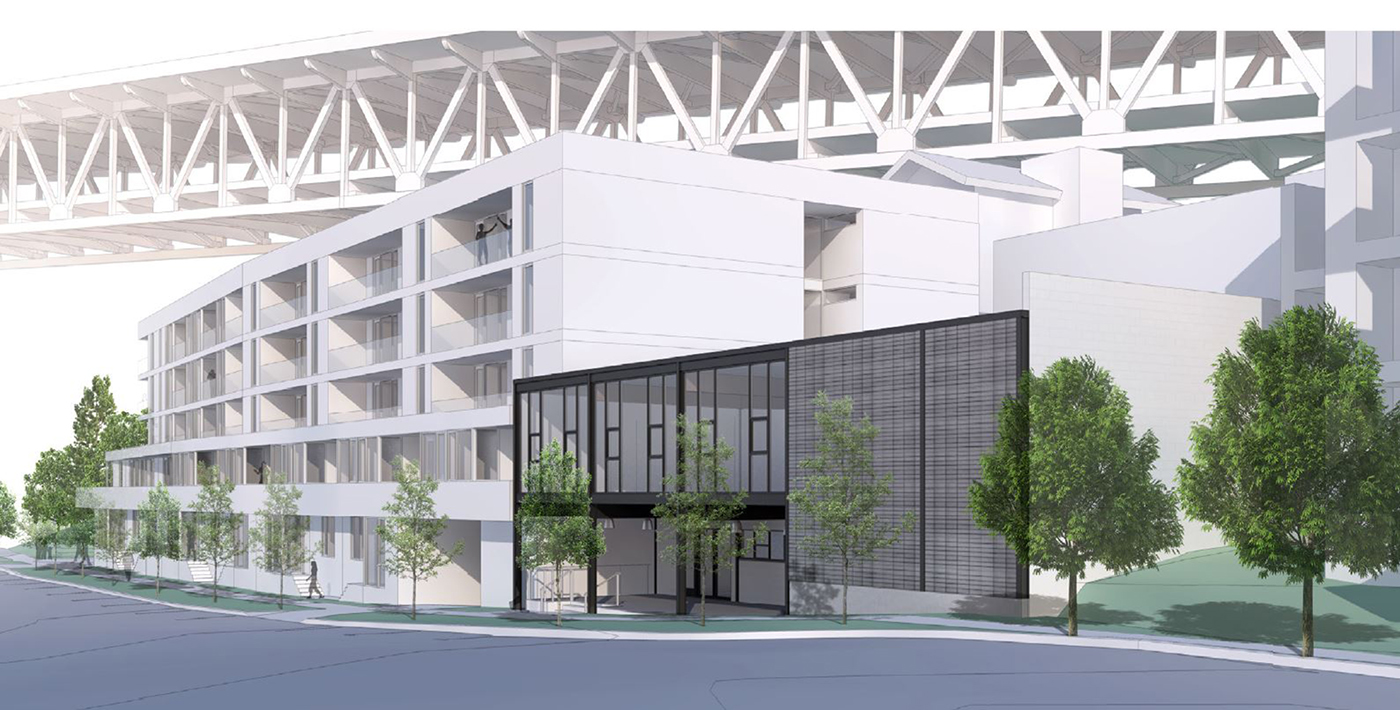 A five-story building with 103 units would replace one of the Ross Labs buildings on Fairview, and the other would be renovated for commercial space.

A new look for this close in neighborhood in the shadow of the I-5 bridge and some amazing views of Lake Union and downtown Seattle.

I think most residents worry when they see a large scale project pop up in their neighborhood.

This developer and architect are looking toward neighborhood improvements as well.

Public47 writes, “The new hill-climb stair will become an active addition to the city and allow access from the Eastlake commercial core to Good Turn Park on Lake Union. In addition, the alley path will increase connectivity and safety for what is currently an unimproved dead-end.”

Related Articles
Home Ideas Biannual Shred Event – Oct 8th
Market Info This is a first for me – dive inspection! This floating home is on the east side of Lake Union, close to the Sleepless in Seattle home! Getting a new skill set for my resume, floating home agent And, not a bad day to be on the water.
Giving Semi-Annual Shred-Recycling at WW office