Superior location with easy access to the best of Seattle – University of Washington, Trader Joe’s & Upcoming U District Link Light Rail to everywhere.

NO RENTAL CAP. Walk Score(TM) of 94! Location is everything for living this Seattle lifestyle! 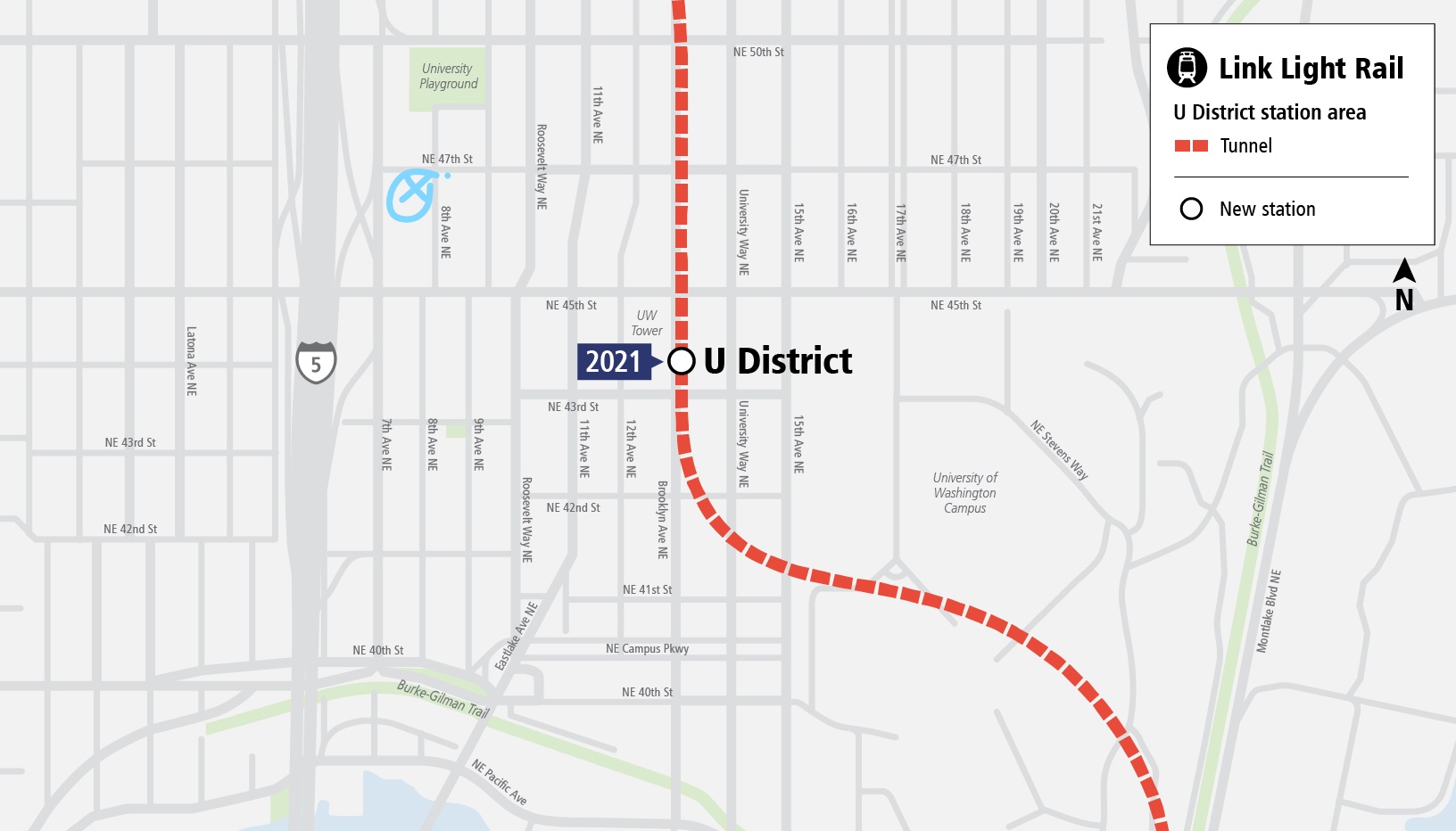 Minutes to the South End of Lake Union. 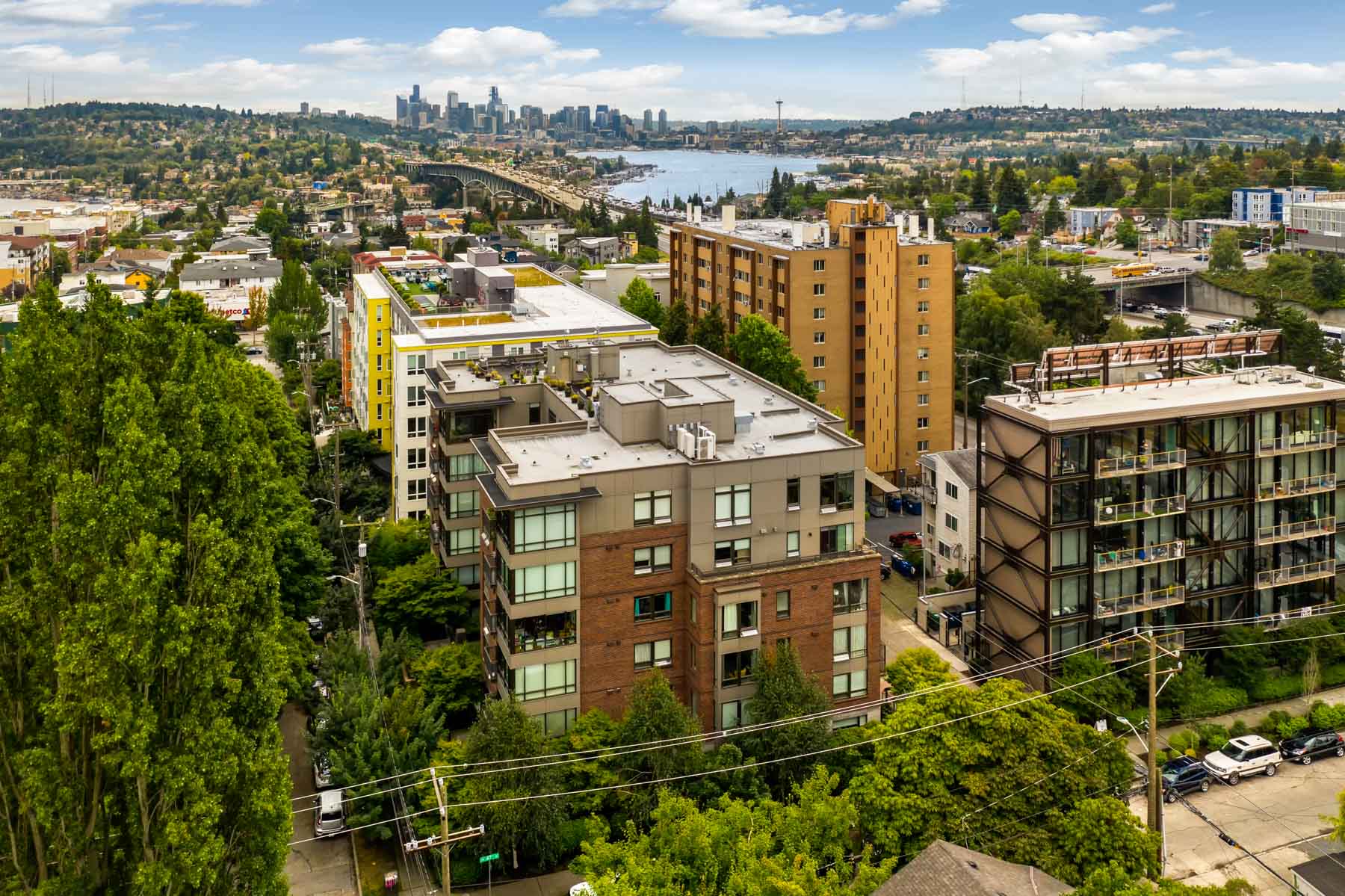 Zero (0) step building is well maintained inside and out with secure lobby for mail and packages + secure common garage. 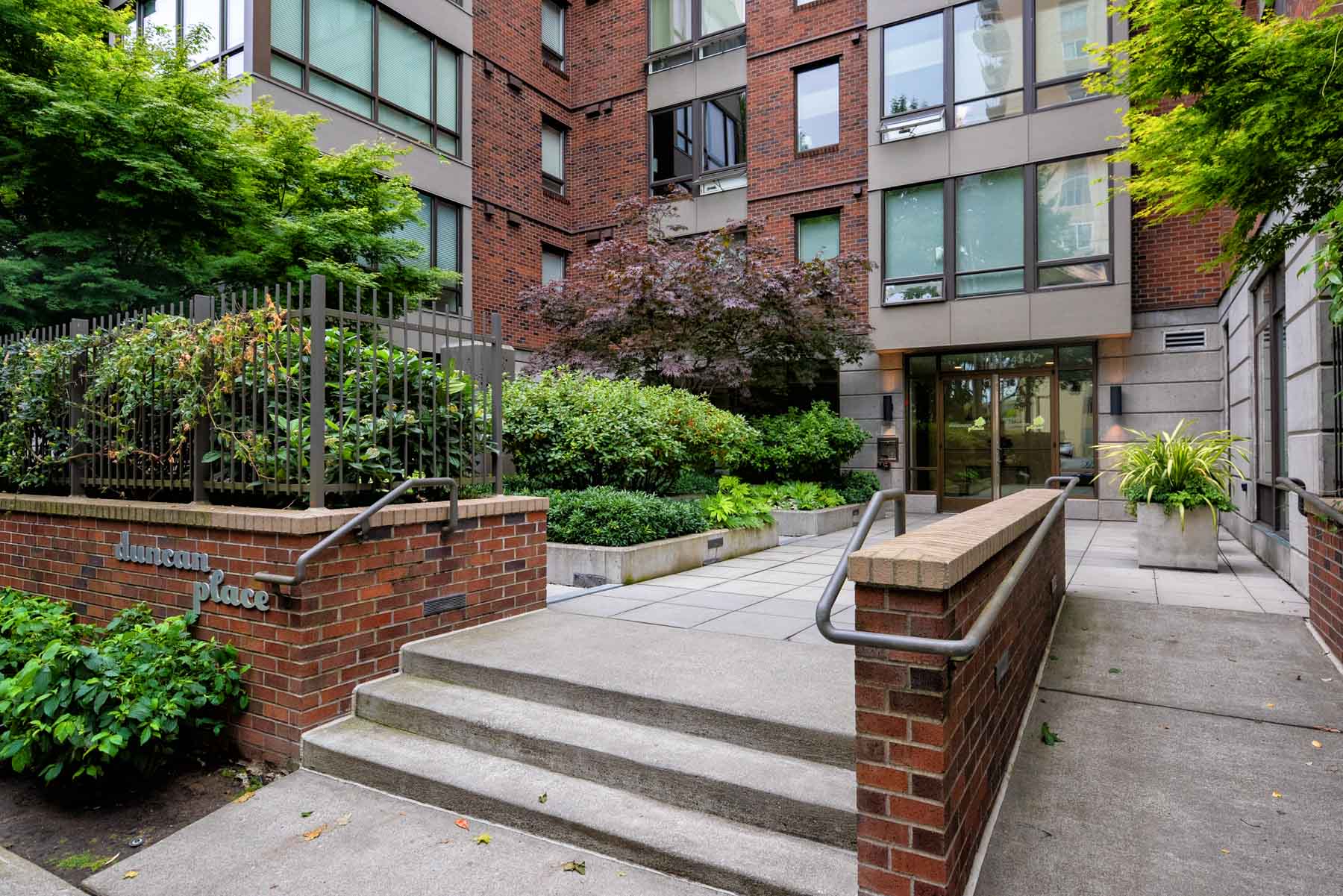 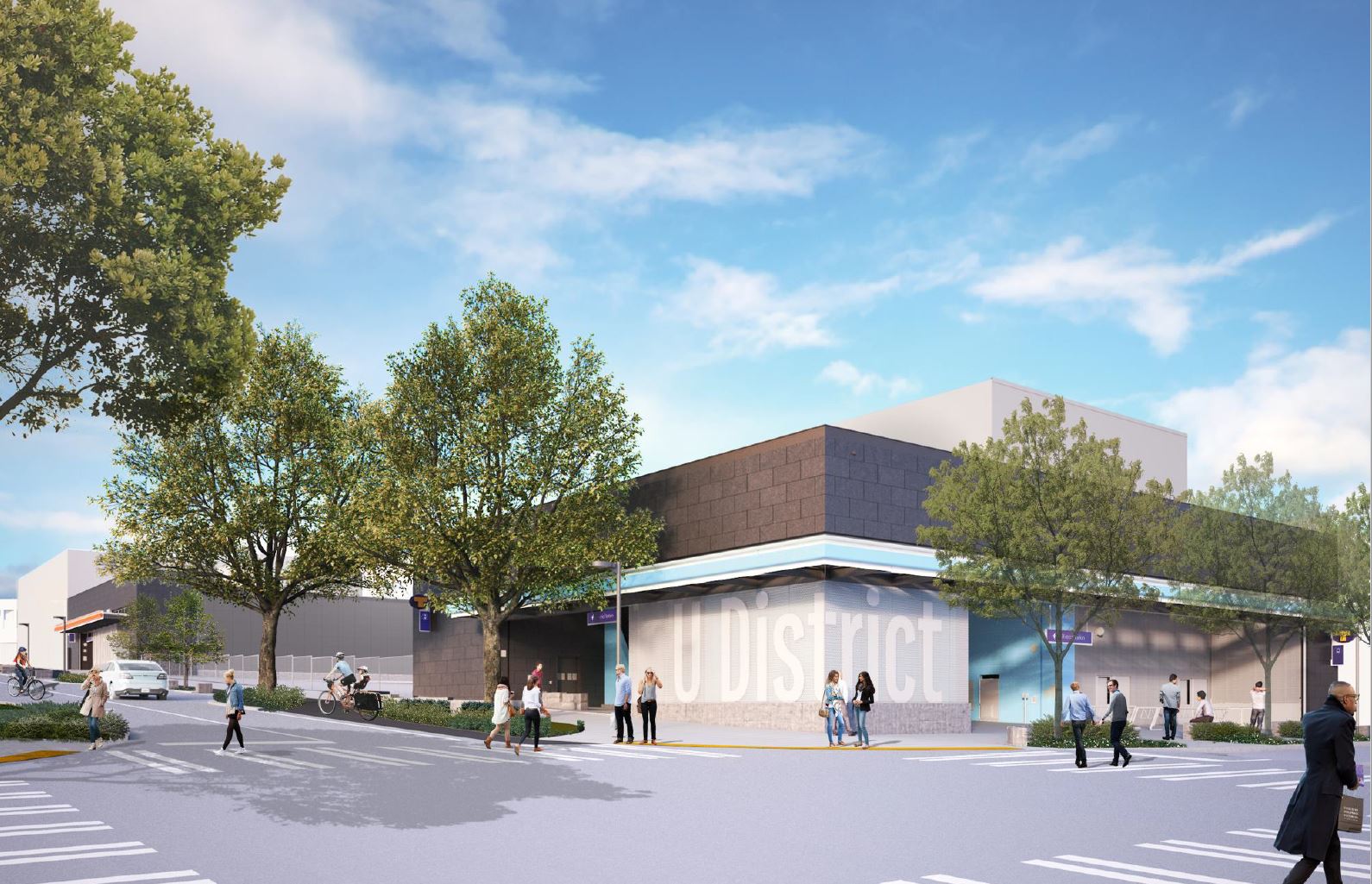 I was able to listen to our chief economist for Windermere yesterday for his annual economic forecasts heading into 2020. The slides below illustrate his forecast for the Seattle area moving into 2020. #realestateislocal

Matthew Gardner, while being one of the brightest minds in our company, knows how to deliver a message.

We all know that most economist are calling for a national recession in the not too distant future. But most are now pushing back for this to begin in mid 2021, be short lived and not focused on the housing market like the great recession.

Matthew feels the next recession will be due to the ongoing trade wars with China and the EU as well as our escalating national debt. With interest rates already at historic lows, the Fed will NOT be able to help end the recession by lowering rates.

But the Seattle area will be somewhat insulated to these national issues in the coming years, here’s why…

Our Windermere Wedgwood office does our market stats monthly and reviews them together at our Monday Morning Mtg, MMM.

Yesterday, the consensus was that based on current market conditions, we’re going to have an active early Spring market here in North Seattle!

This is causing prices to increase this winter and exceed prices from LY (Average Sales Price graph).

So if you’re going to be in the Spring 2020 housing market, start your prep as soon as the tree comes down. 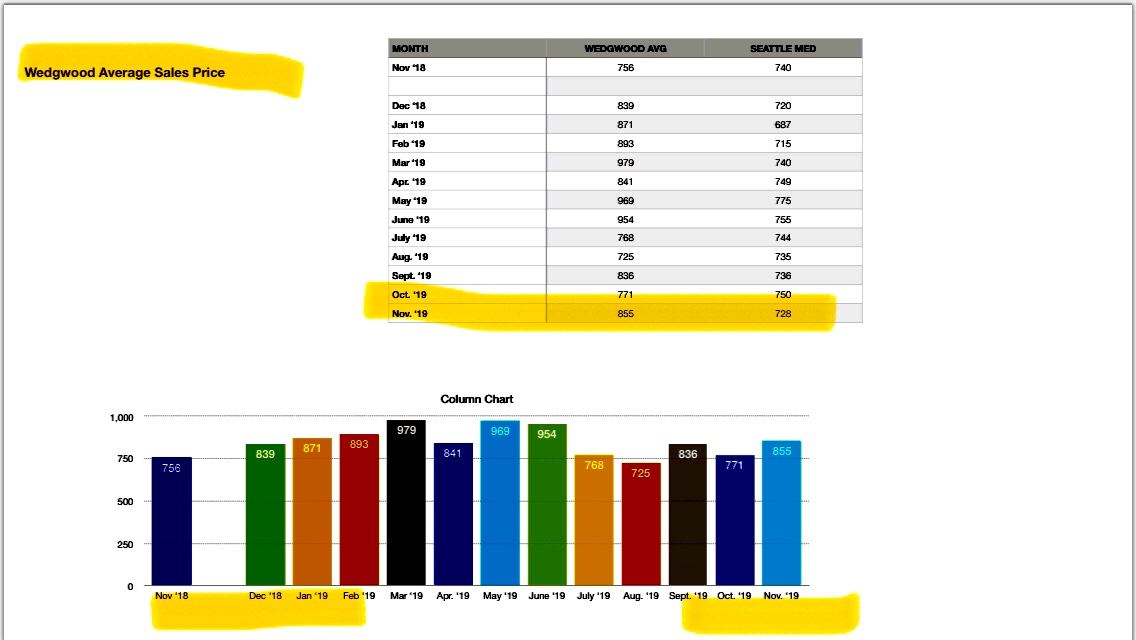 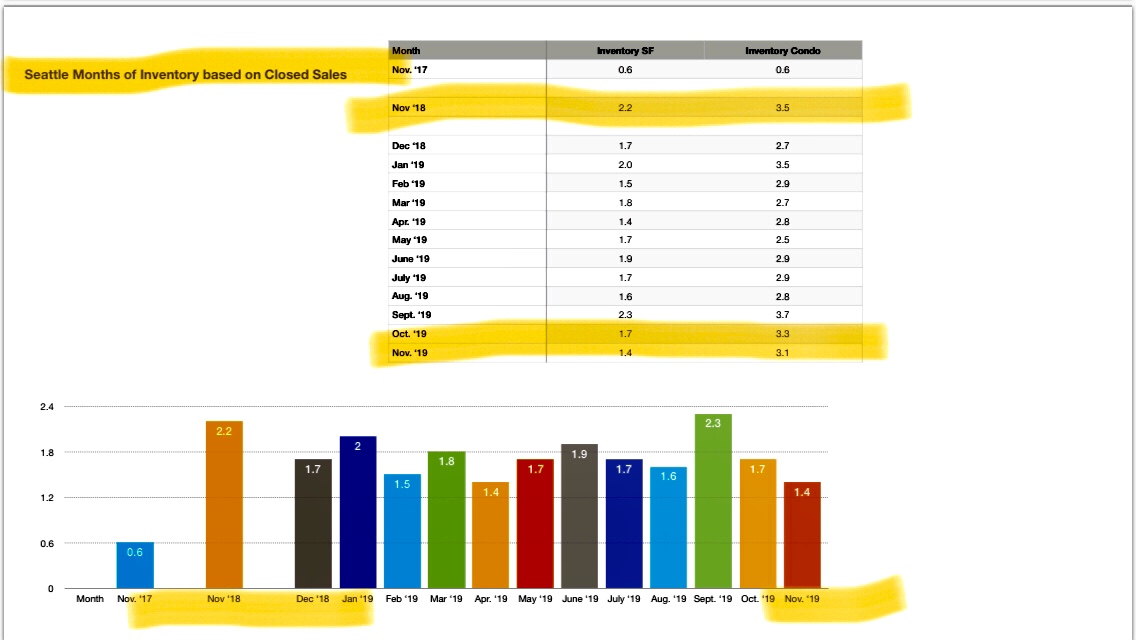 My newest listing – Condo in the UDistrict

Hot off the press, Gardner Report on W.WA housing

Hot off the press, the Gardner Report on the Western WA housing market. Matthew is always insightful and brings his expert opinion on our local economy, jobs & policies and how they will impact housing. A good read for anyone planning a move in W.WA!

The following analysis of the Western Washington real estate market is provided by Windermere Real Estate Chief Economist Matthew Gardner. We hope that this information may assist you with making better-informed real estate decisions. For further information about the housing market in your area, please don’t hesitate to contact your Windermere agent.

Washington State employment jumped back up to an annual growth rate of 2.4% following a disappointing slowdown earlier in the spring. As stated in the first quarter Gardner Report, the dismal numbers earlier this year were a function of the state re-benchmarking its data (which they do annually).

The state unemployment rate was 4.7%, marginally up from 4.5% a year ago. My current economic forecast suggests that statewide job growth in 2019 will rise by 2.6%, with a total of 87,500 new jobs created.

This speedometer reflects the state of the region’s real estate market using housing inventory, price gains, home sales, interest rates, and larger economic factors. I am leaving the needle in the same position as the first quarter as demand appears to still be strong.

The market has benefitted from a fairly significant drop in mortgage rates. With average 30-year fixed rates still below 4%, I expect buyers who have been sitting on the fence will become more active, especially given that they have more homes to choose from.

As Chief Economist for Windermere Real Estate, Matthew Gardner is responsible for analyzing and interpreting economic data and its impact on the real estate market on both a local and national level. Matthew has over 30 years of professional experience both in the U.S. and U.K.

Market Update – W-WA down to Seattle

The Gardner Report will tell you what’s happening in WWA real estate and a forecast for 2019.
The other graphs show you how the Seattle real estate market is trending for Q1 of 2019.

Some of the hotter neighborhoods are seeing over +15% price appreciation Feb to Mar 2019.
But most economist don’t feel we’re returning to the craziness of the last few years.
A much more manageable growth rate moving forward for Seattle, that’s nice for everyone, buyers and sellers.

When the home you love goes to someone else to love

Congratulations to a wonderful family that can now move back home to be with family!
It always feels great when a beloved home can be passed on to another family to love as well.
http://robertbjohnson.com/listing/94170992 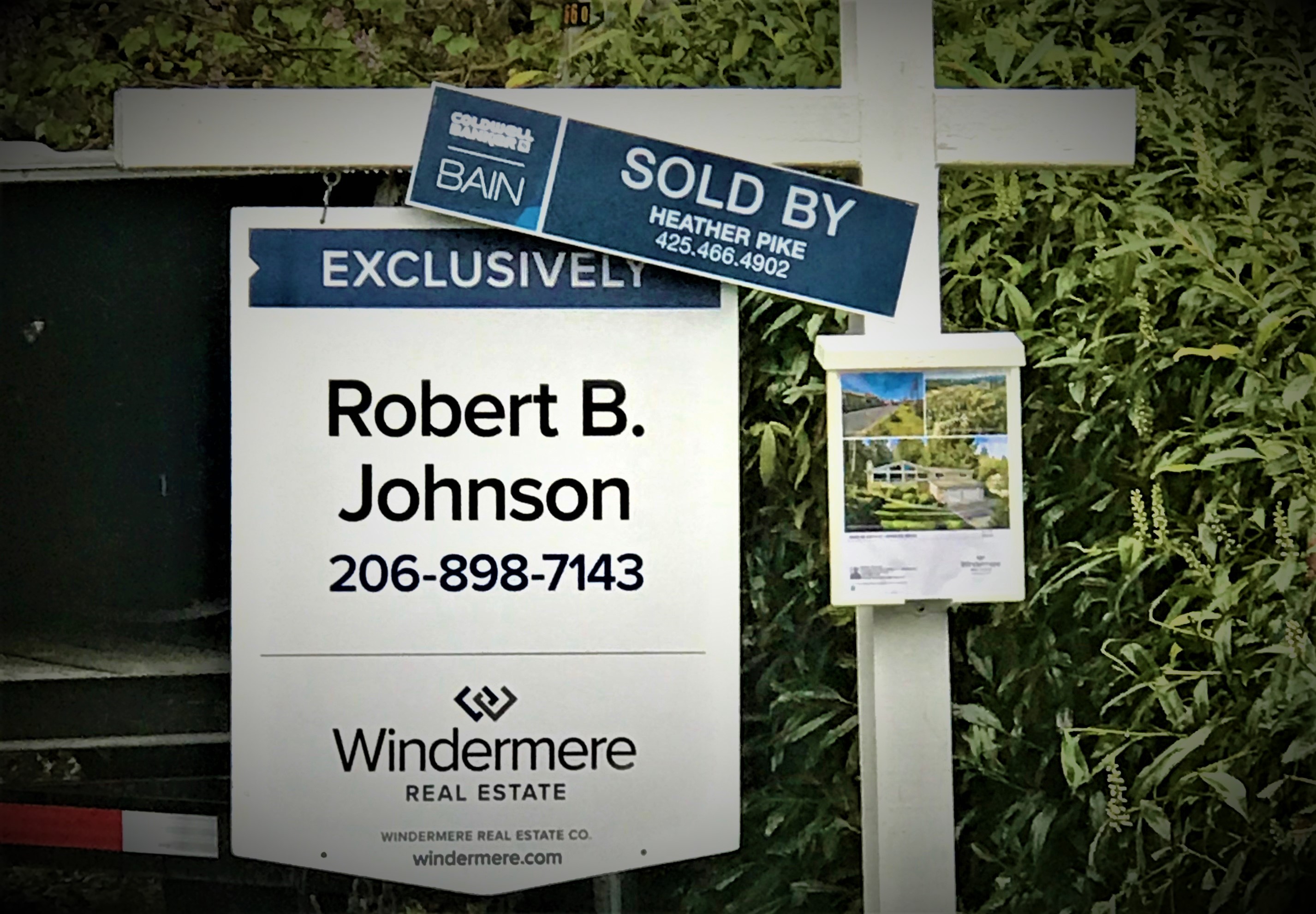 My office, Windermere Wedgwood, publishes statistics for the transactions that we represent each month.

These statistics dive deeper than the basic info you get from online sources.

The pack below shows transaction details like type of financing, cash offers, # of offers and the one I find most interesting this month, median sold price.

Even with the Seattle Times headlines about Seattle’s rapid decrease in prices, the numbers don’t lie, +10% vs last year! 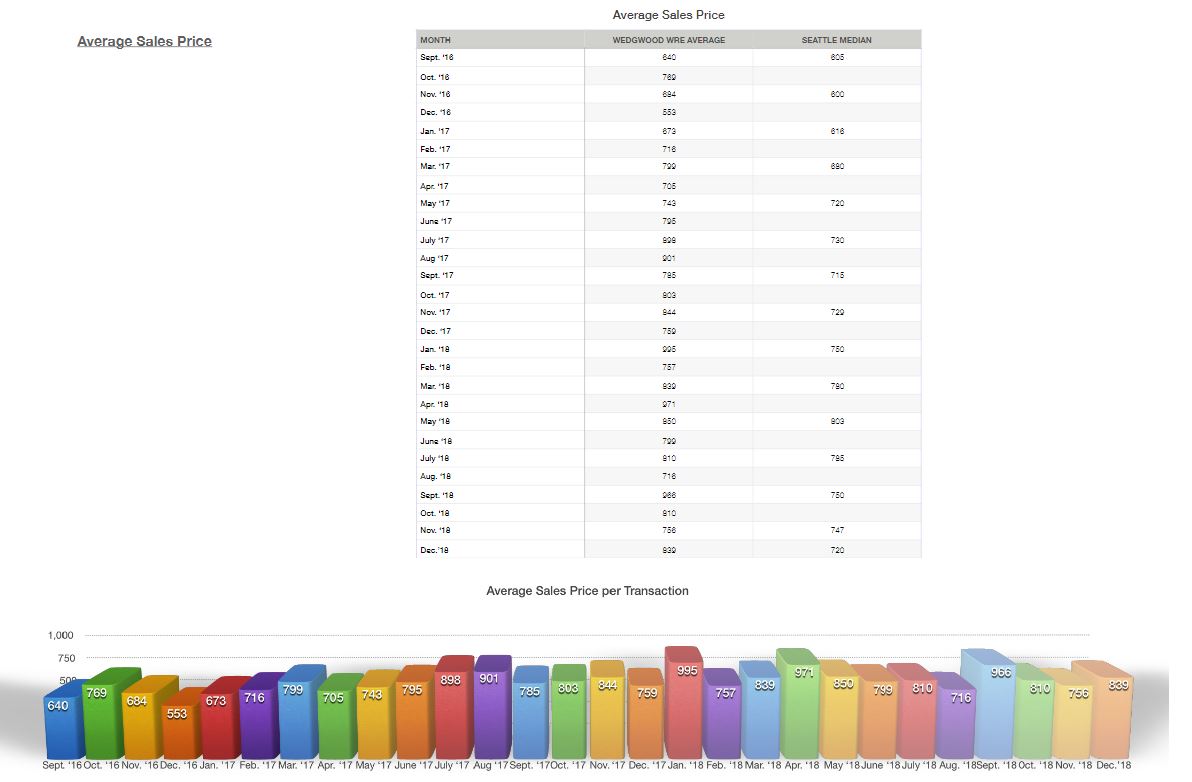 So much for the HQ2/3 impact on the Seattle employment picture.

This workforce report is pulled from LinkedIn data but a good indicator of what’s happening in the broader market.

While Amazon might be slowing down their rate of hiring in Seattle, others are ramping up for 2019 and beyond – Expedia, Facebook and Google to name a few.